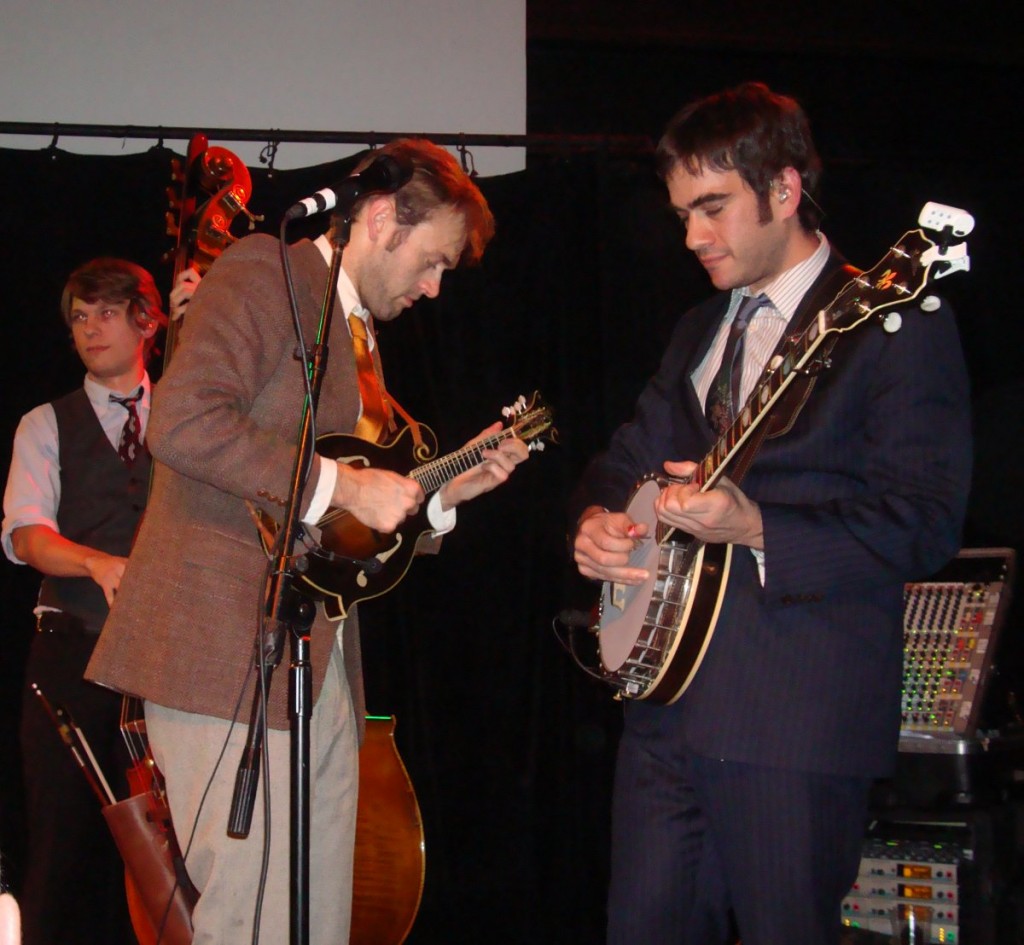 Last evening I had the opportunity to see the Grammy nominated Punch Brothers in St. Louis at the Old Rock House.  They played a mixture of songs from their current release, ‘Antifogmatic’,  their debut release, ‘Punch’, and their pre-debut, ‘Grow a Women from the Ground’. Wow, what a group. Together these guys are right on the money and offered nothing less than exceptional musicianship.

The purpose of this article is not to exalt the overall greatness of the band, although it would be easy enough, but to show off Chris Eldridge’s new ‘old’ axe.

Following the show I sat down with Chris and his new guitar for some guitar conversation and even got a short lesson in the process.

Lately Chris had been playing Charles Sawtelle’s 1937 Martin D-28 at the offering of Hot Rize’s Nick Forster. This is not the first time Chris has been enticed by the sweet sounds of a pre-war Martin. Chris explained that through his upbringing (see Ben Eldridge) he was exposed to Tony Rice and his pre-war Martin so it is not surprising that he would be interested in finding a guitar embodying that sound. 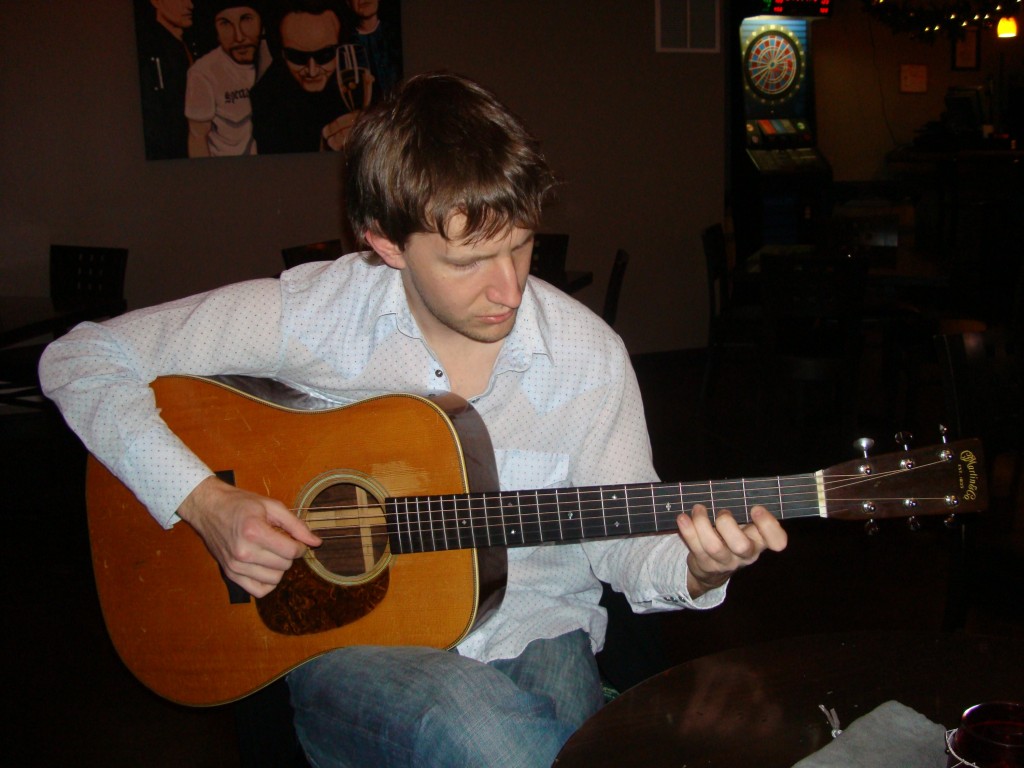 Chris explained that he only purchased the guitar a few days ago from a Japanese collector in California and that it needs a complete setup. Currently, the sixth string is a bit high at the nut and he would like to lower and intonate the saddle. Previous known repairs are: neck reset at Gruhn’s, a full refret and partial refinishing. I believe that the bridge is a replacement as well.

As he played several old tunes for me, including an excellent version of Norman Blake’s ‘Church Street Blues’, I could hear the mid’s and highs jumping out at me. Since the guitar has been idle for years, Chris says that there is more sound to come as he will be ‘playing it in’ daily.

His enthusiasm to describe the guitar’s attributes and play reminded me of grade school show and tell and Chris had the coolest thing in class. To the rest of the Punch Bro’s, I greatly appreciate you all being patient while Chris displayed his newest, and rather awesome, tool of the trade.

Here is some audio of the guitar… is that me playing or someone else?

Until next time, here are some more photos of the Chris and his new guitar.

This luthier and Chris Eldridge.

This entry was posted in Audio, News and tagged Chris Eldridge, Pre-War D-28. Bookmark the permalink.