Folks, the Greater Downstate Bluegrass Music Festival at the Crowne Plaza in Springfield, IL is just around the corner and a great lineup awaits. The festival runs Friday, Nov 11 through Sunday Nov 13, 2011. You’re too late for reduced price advance reserve seating, but you can still get your tickets for $55 general admission and $60 for reserved seating for the weekend. Evening shows run $25 each. 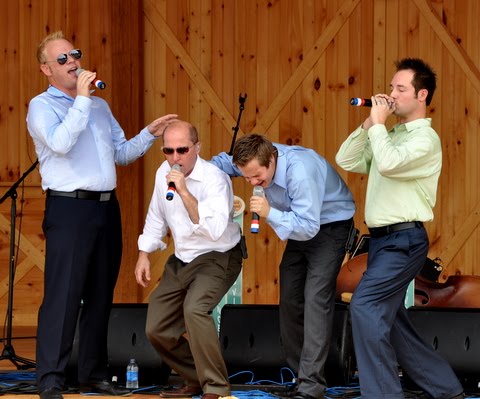 Of the nine groups playing, three won awards at the 2011 IBMA awards show last month. The Boxcars won Instrumental Group of the Year and Emerging Artist of the Year (what’s that one all about),

The Boxcars at IBMA Awards 2011 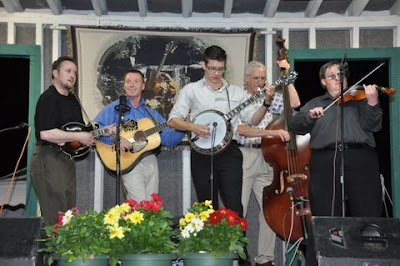 Be sure to set aside some time to come out and enjoy the show. In addition to the performances will be jamming. The 10,000 square foot jamming area is large and loud. There are some more intimate rooms if you can find them but the majority of jamming takes place in the wide open spaces. Many folks come out to the festivals solely for the jamming. If your timing is right you might even find some of the touring pros jamming with pickers from all over the Midwest playing tunes from Bill Monroe to Flatt and Scruggs to the Steel Drivers.

See you at the festival.