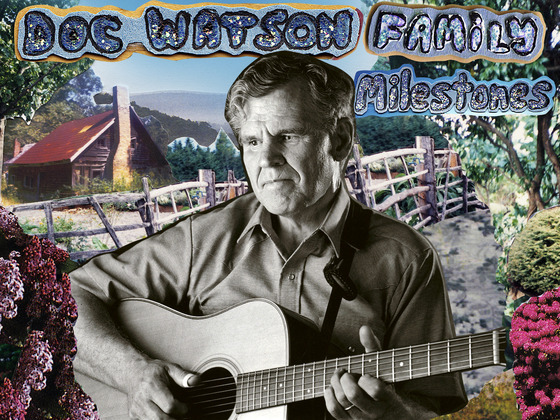 Doc Watson’s daughter, Nancy Watson, is putting together a family history in the form of songs, narrative and photographs, it’s a 94 song 4 disc set. Nancy has been paying the bills on production so far but needs help in producing the cd’s and print material.

You can help support this project at Kickstarter here.

In addition to helping get the project nearer to completion, you can score Doc Watson memorabilia. Doc’s picks, thumb-picks, belt buckles, pocket knives, strings, shirts, hats, capos even his hammered dulcimer, slide guitar and cigar box guitar are available as well as some out of print recordings.

Posted in Bluegrass, News | Tagged Doc, Good Will | Comments Off

14 Minute History of the Banjo

Ok.. I tried to contain myself and keep this from coming out, but here is Bill Evans’ of Fretboard Journal giving the 14 minute history of the banjo.

Where it goes from here we’ll have to wait and see, kind of like the ‘affordable’ care act. 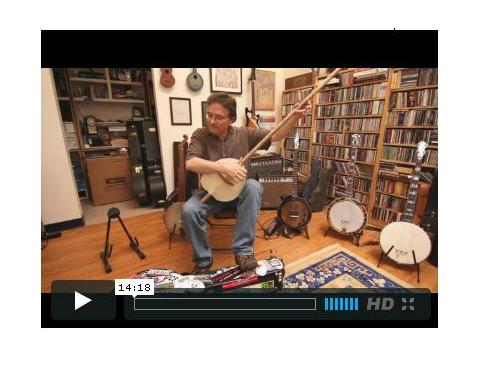 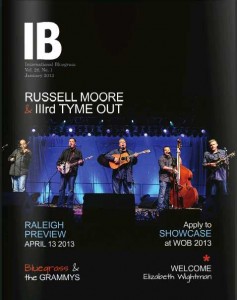 4 Chords and You Know A ‘Plethora’ of Songs 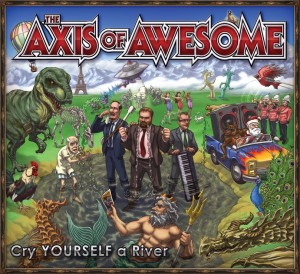 If you don’t play Bluegrass or even if you do you may not have heard that learning just a few chords will allow you to play hundreds and even thousands of songs.

The band, ‘Axis of Awesome‘, has put together a song called 4 Chords in which they demonstrate a lot of popular songs in one chord progression (I – V – VI – IV). This is only four chords. If it were the key of G it would be G – D – Em – C… and in that order. Give the song a listen and then try it for yourself. Maybe even buy an Infinity Luthiers built instrument and try the chord progression, guaranteed to have a more clear and bell-like tone.

Beware… there are a few dirty words near the end of the video in the ‘Birdplane’ song.

Here is the list of songs covered in the song:

First I have to say what a pleasure it was meeting up with past acquaintances, friends and customers during the festival. Whether jamming or just having a short chat, the connections made through Bluegrass music nearly always have positive memories attached and continue to grow over time as the reunions are made at various events around the Midwest.

As usual there were folks here from several surrounding states. I shook howdy with folks from Indiana, Ohio, Michigan, Wisconsin, Minnesota, Missouri and even Illinois! I finally met, in person, several folks that I have only corresponded with by email and/or talked to on the phone. It is great to make that ‘in person’ contact.

Jamming was phenomenal. Sometimes all the people and stars are aligned just so and it works out better than could be expected. This was one of those times. I do believe that becoming a better musician has a lot to do with the personal enjoyment, but the folks just listening even seemed to be having a more enjoyable experience. I bounced around from jam to jam a lot. Because of this I was able to jam with local friends (sans Tim… where the heck are you!??), out of town friends (Jason B. m.i.a), and folks I have jammed with at various other festivals from all over the Midwest. Many of the most talented local and regional musicians were on the premises to add their flavor the to the hootenanny.

Although I didn’t make it into the shows this year, I heard from several folks that the Friday afternoon and evening shows were all incredible and better than even expected. Much the same was said about the Saturday shows. I guess something really was in the air this weekend affecting all the  jammers, stage performers and listeners.

As usual, the vendor area was filled with instruments and accessories. If you needed it, they had it. It really was an all encompassing range of instruments from low-end all the way to best (mass produced) and even some custom instruments. The vendors of note were Steve and his high-end offerings from his store, Down Home Guitars, and my favorite folks, Earl and Chris from the Bluegrass Shack down in New Athens, Illinois.

Finally, I have to say congratulations to some folks who picked up a great old instrument during the festival this year. That’s right, the 1949 Martin D-28  was sold to some folks in the Virden area.

While I am happy to see it find a new home I will miss breaking it out occasionally for some picking or recording and having many hot musicians bring out its true sound as they put it through its paces.

Great job Bluegrass Midwest / Terry Lease family and your volunteers. That is all for now on the recent festival. I hope to see you all again there next year and… bring friends.